Axie Infinity ruled over the non-fungible tokens (NFTs) market within the blockchain gaming universe in 2021. The Pokemon-based play-to-earn game, where players compete with their pets in an arena, met $3.5 billion in NFT transactions last year – fourfold more than its closest competitor, NBA Top Shot.

The game’s growth in popularity led AXS token to increase 41,276.8% over the year.

List of play-to-earn games categorized by transaction volume in 2021: 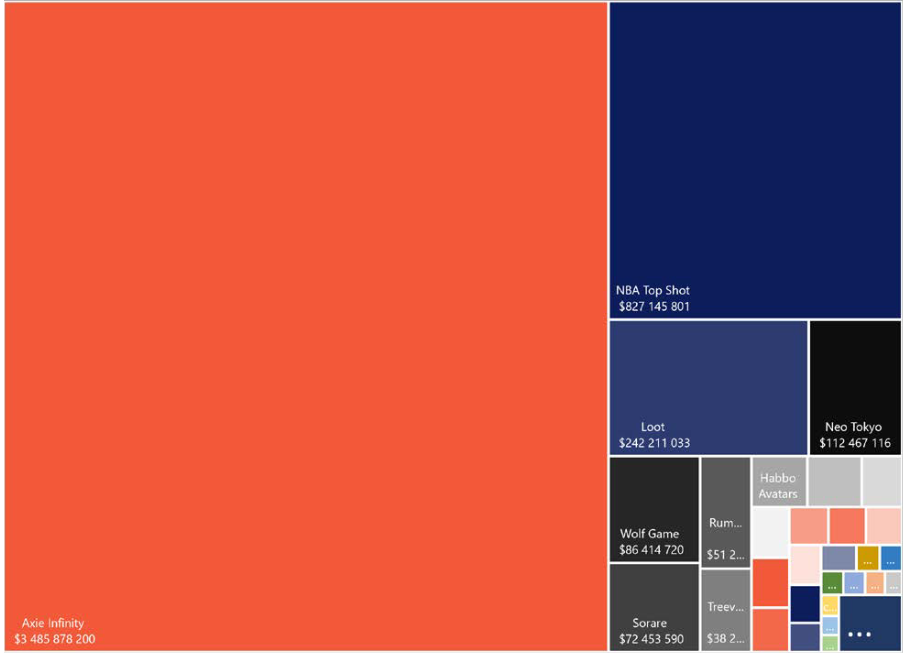 NFTs sales continued to rise despite the downtrend of most markets this 2022. As of February 2022, Axie Infinity hit $4B NFTs traded between players.

Axie Infinity was introduced as a play-to-earn (P2E) platform. Of course, this became a way for users to create an alternative revenue stream amid the uncertainty of the COVID-19 pandemic. Consequently, this became popular in Southeast Asia, countries like the Philippines.

Furthermore, the lack of a burning mechanism, the removal of adventure reward, and the continuous decrease of SLP gain in the arena hurt the game’s scholarship program most.

According to a report by research firm Naavik, the game’s growth stream is somewhat decelerating. Instead of using their profit to buy more Axies, existing players are cashing out. The report estimates that players are earning less than minimum wage, at least in the Philippines, where more than half of its players are located.

Consequently, apart from remarkably strong players, the return of investment could take gamers months of playing the game every day. Naavik also proposed that Axie Infinity needs to keep increasing its player base to solve this problem.

Furthermore, according to gaming statistics company ActivePlayer, Axie Infinity had an average of 2.2 active million players over the past 30 days. However, the active players have been dropping for the past 2 months.